After Block Island we headed to mainland Rhode Island and the city of Newport. Newport is a sailing mecca bringing huge boats from all over to it’s port. You just don’t see this concentration of mega yachts on the west coast! Newport was also home to the America’s Cup for some time and you can see the graceful boats making their way around the anchorage. Watching a fleet of the old America’s Cup boats glide by really drove it home how Larry Ellison has pretty much ruined it for everybody. Ahh…for simpler times… 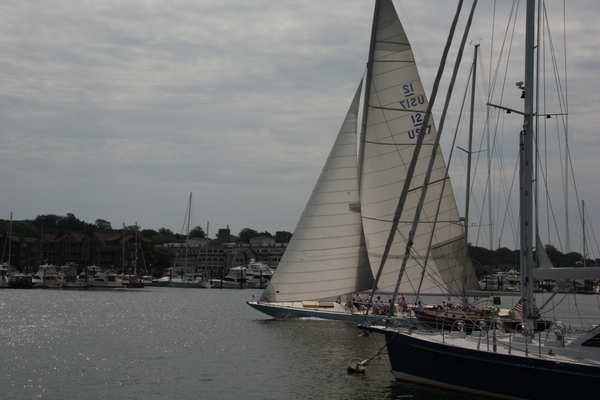 To take a break from gawking at all the boats in the harbor we decided to go tour the gilded age mansions and gawk at all the fancy houses. We got to go through 5 of these “summer cottages” and take audio tours. The audio tours were really quite hilarious as they tried to describe the people who had built and lived in these homes. One was a party girl who built her home just for entertaining and when the parties dried up she went insane. Another was a crazy manipulative mother who tormented her daughter and tried to mold her into the perfect asset. At the same time this woman demanded a house of all marble and then divorced her husband just to set an example for all young women. They talked some of the business men and their life but it seemed that the hostess ruled the day in these houses. And the way these tours portrayed them they were not nice ladies. The Breakers was the fanciest of the bunch and was built by Cornelius Vanderbilt. These amazing monstrosities were really only used between 4th of July and Labor Day. Ryan and I decided they were a little too ostentatious for us, thank you very much. Unfortunately they wouldn’t let us take pictures of the insides of the homes but here are both of us seeing if we look at home in front of the Breakers. 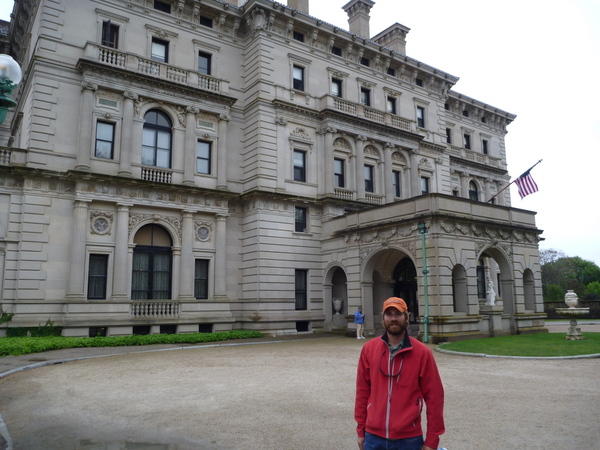 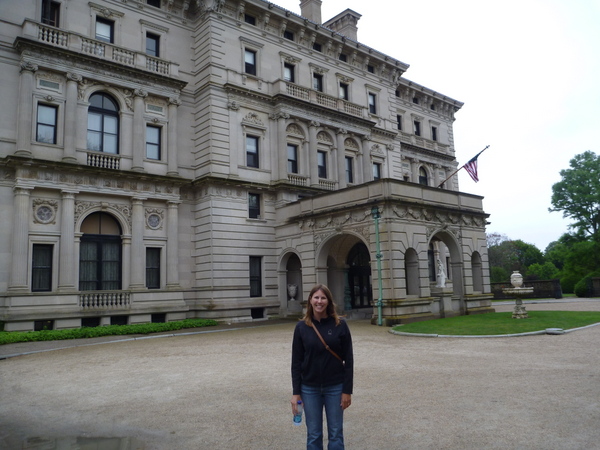 This one is too BIG! 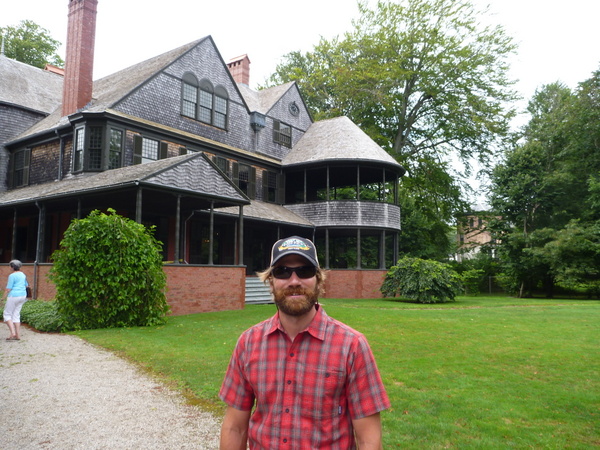 We also had a lot of fun walking through town. As befits a sailing mecca there was tons to do and see. As we wandered around we also came across the tennis hall of fame. Made me think of you Thuy and John! 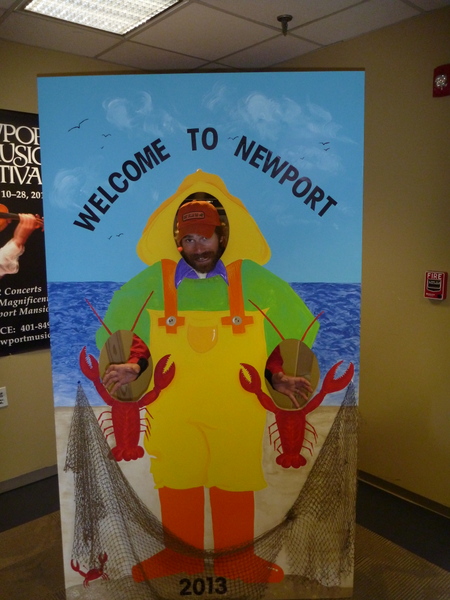 Can you believe I got Ryan to pose for this?!? LOL! 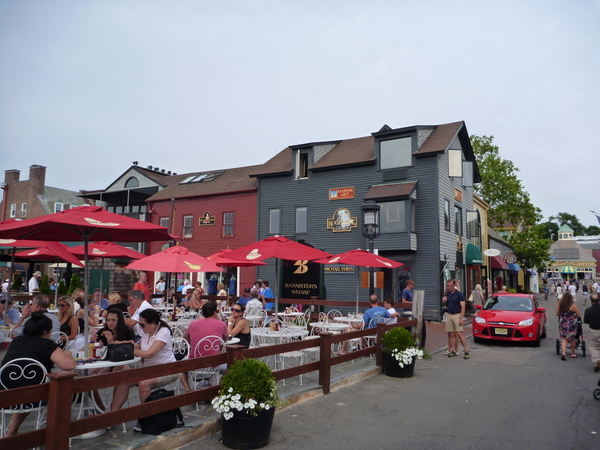 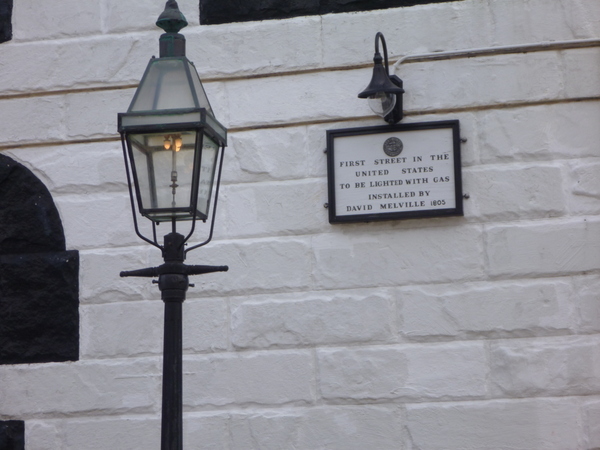 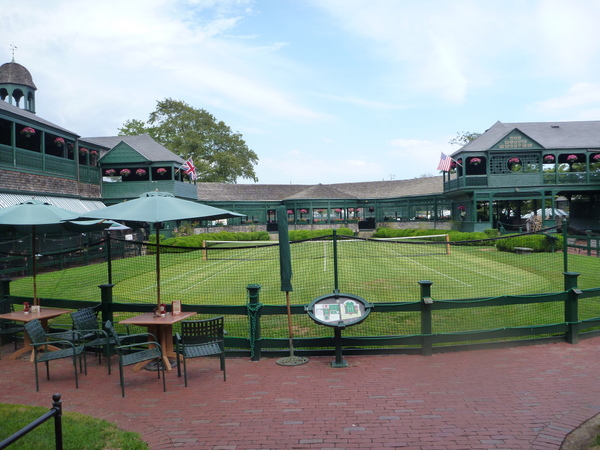 We rented a car one day and were able to drive along the coast and do more gawking, this time at the scenery. The rocky coastline is very pretty, I could see myself living here potentially. 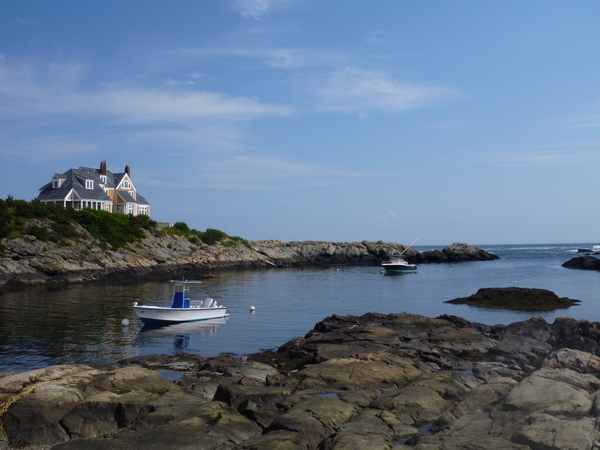 It was a bit rainy during our time in Newport. It was actually a nice change from the humidity and heat of Long Island. We took our umbrellas and still went out. And one day we saw a rainbow. 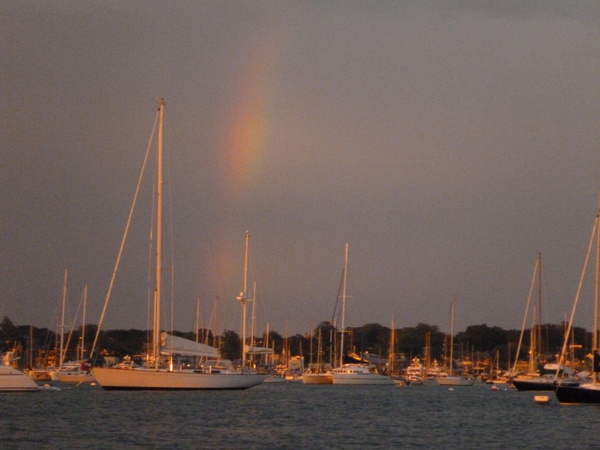 We ended up staying in Newport longer than intended because a chance meeting with a fellow boater informed us of the Newport Folk Festival over the weekend. What?!?! Of course we had to stay! We got tickets for Friday which was a wet wet day. We stayed dry as best we could and Ryan marveled how no one at the festival was complaining about the weather. I guess these Rhode Islanders are a hardy breed.  Old Crow Medicine Show was the last act of the day and as we stood in the crowd Ryan became agitated by all the umbrellas up.  How ever would we see the show?  When the band came on he started a chant of “Umbrellas Down!” that swept through the crowd until everyone had theirs down and we could see! 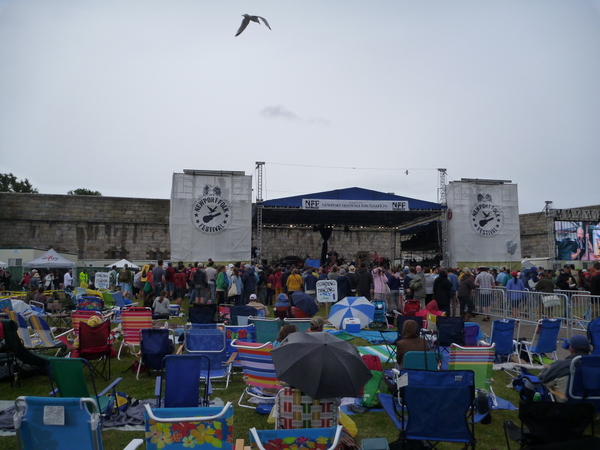 Crowd thinned out between shows. 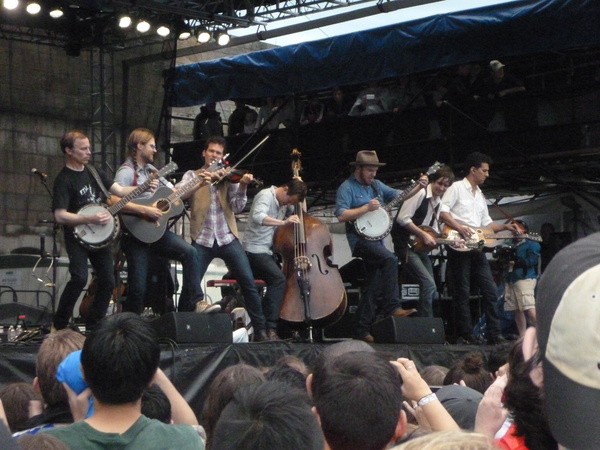 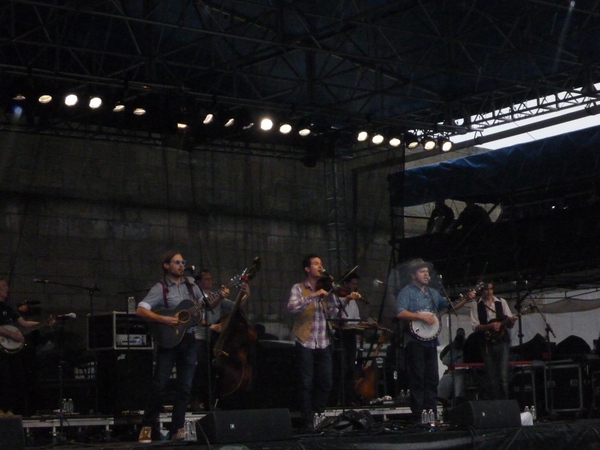 On Saturday, we didn’t have tickets but decided to wander over to where all the boats were anchored out and see if we could see/hear from there. Luck would have it we happened across a boat we had met in Port Washington and when they invited us aboard we happily said yes. We had a great afternoon listening to the music from their boat and then had them back to ours for dinner. Ahh….what a great time in Newport.

Oh and here’s some random sunset pictures….these never get old for me. 🙂 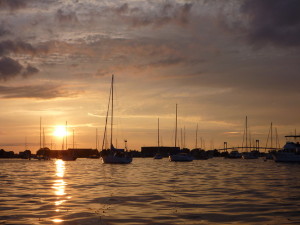