The Baths are probably the most famous spot in the BVI. On the quarter mile hike you scramble up and over boulders and wade through water and are rewarded at the end with Devil’s Bay. It’s very nice, just don’t go when the cruise ships are in! 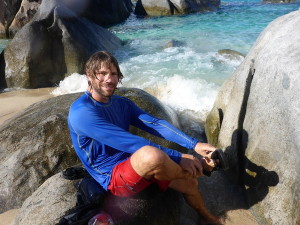 You have to swim in from your boat. It’s quite the trek! 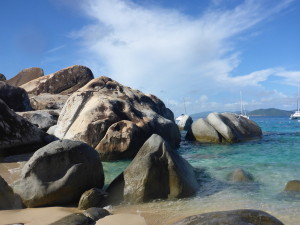 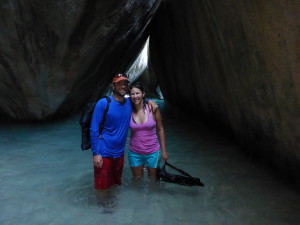 This may just be the most photographed spot in the Baths! 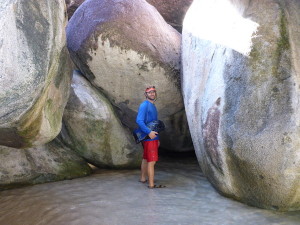 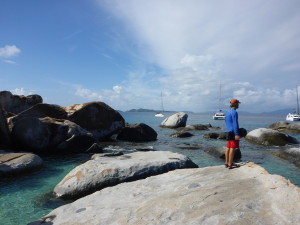 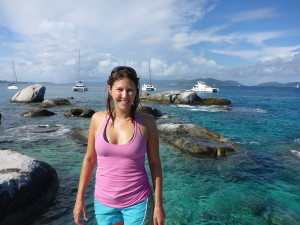 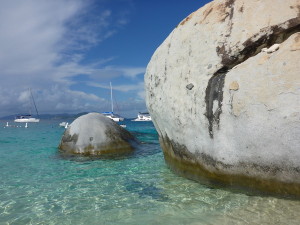 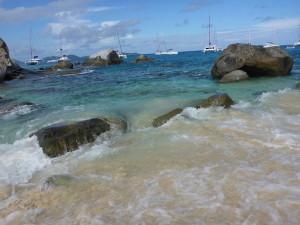 After the last of our crew left we headed over to Virgin Gorda for some R&R.  It was fun to visit the Bitter End where we got married 2.5 years ago.  It still looks the same!  When we got over there we saw that a bunch of boats from the Salty Dog Rally that also went from Virginia to the BVI were still arriving.  It was nice to meet some of them and catch up with Kalunamoo who we had met in Annapolis. 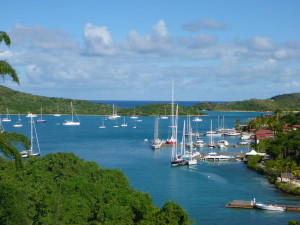 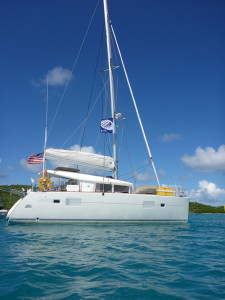 Over several days in Virgin Gorda our major accomplishments were kayaking around Gorda Sound and snorkeling reef.  We were still recovering from the passage so it was nice to take it easy. 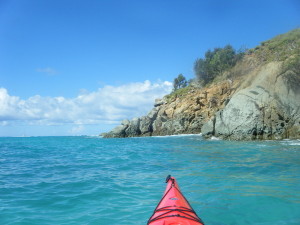 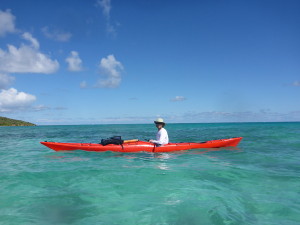 There’s a big reef at the entrance to Gorda Sound.  We took our dingy over and snorkeled around for awhile. 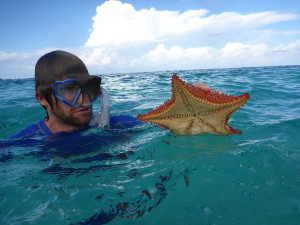 Ryan holding a starfish (and I think there’s one on his head too!). 🙂 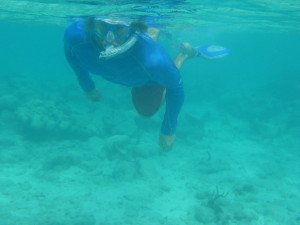 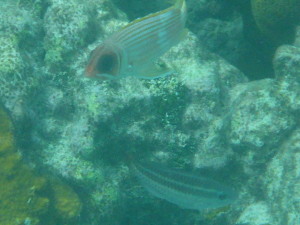 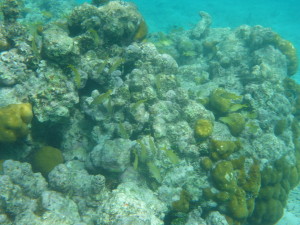 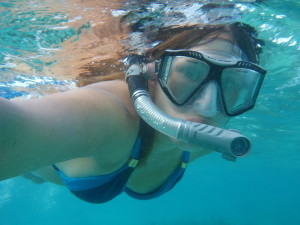 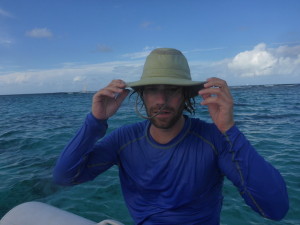 Out of the water but still a little soggy.