While in St Augustine we enjoyed more than the cute neighborhoods.

We went to the Fort and looked around.  We’ve been to a number of forts over our travels, the most impressive being the one in Old San Juan Puerto, but still enjoy visiting them and learning about the history of the town. 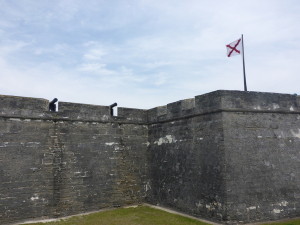 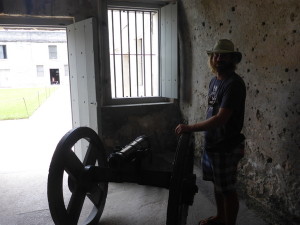 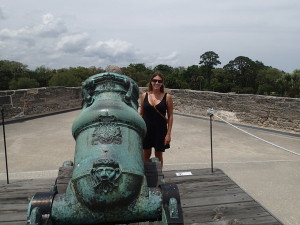 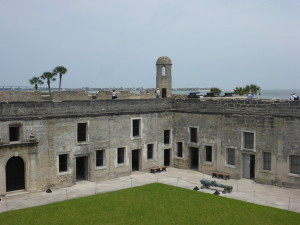 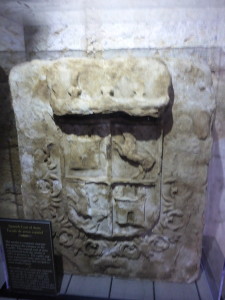 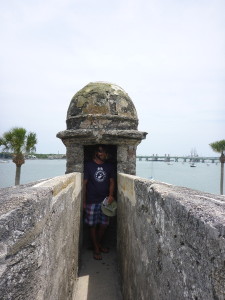 We tried the local winery which we would not recommend.  Our tasting started off with one dry wine and the guy pouring it said “don’t worry, just get through this and we’ll get to the good stuff”.    🙁  The rest of the wines were really sweet or fruit infused.  One wine had hints of bubble gum ice cream.  Yeah… we wouldn’t recommend it!  It was fun though because we went with our friends Kirk and Donna.  (They didn’t like it either!) 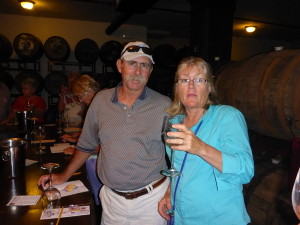 Kirk and Donna are not impressed. 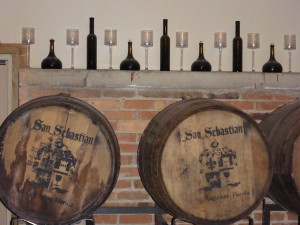 The winery had a nice logo.

We had our boat in the marina the whole time in St Augustine, mostly because it was easier for when we went back to the west coast.  The marina was nice and good walking distance to everything in town. 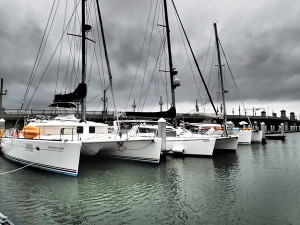 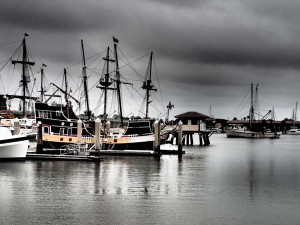 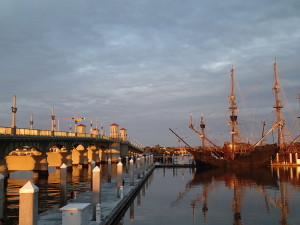 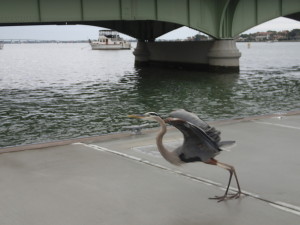 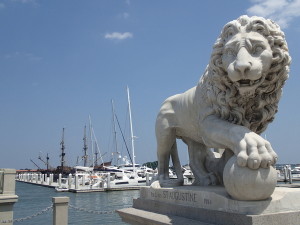 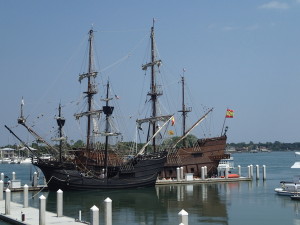 Our first stop once getting back to the US was St Augustine.  We’d heard from many people that we would like it and we did!  St Augustine is the nations oldest city and was founded by the Spanish in 1565.  It still has a little bit of that Spanish flavor, lots of nice old houses and a cute downtown walking area / tourist trap.

While in St Augustine we docked the boat at the City Marina which was quite nice and took a quick 2 week trip back to the West Coast to see family and friends.  It was great to see people and recharge and we returned to St Augustine feeling good! 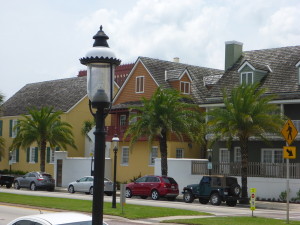 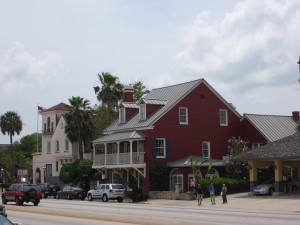 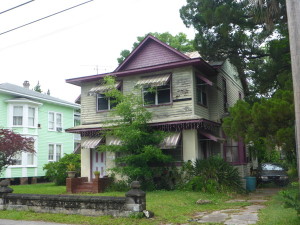 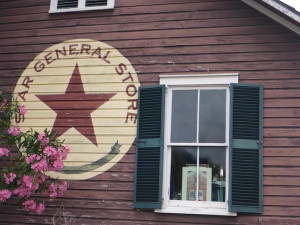 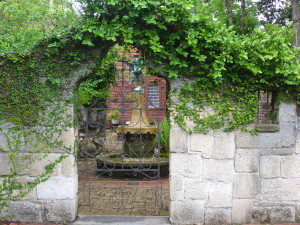 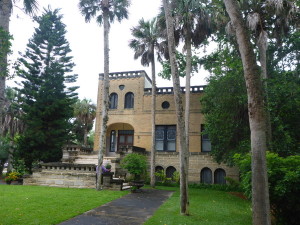 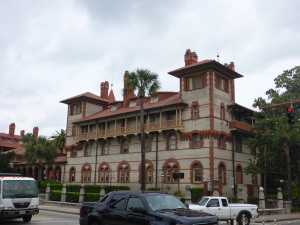 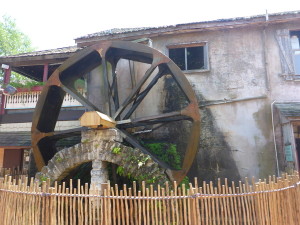 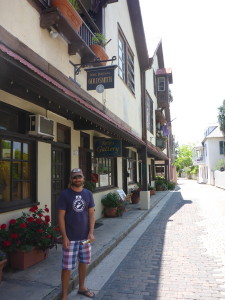 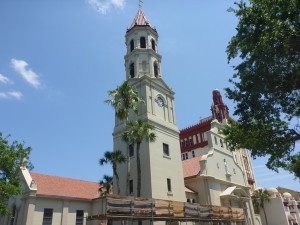 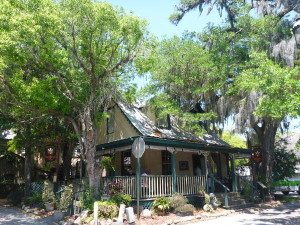 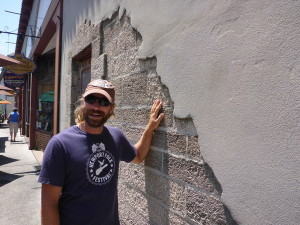 Three of us arrived blurry eyed from the overnight flight from SFO, but ready to get started prepping ourselves and the boat for the journey north.  First on the agenda was to find a place to stay, initially I thought it would be easier to stay in a hotel for a few nights as the boat may be in complete disarray.  Instead we followed Jack’s lead to stay on the boat at a hotel Marina, Jack has a lot of personal knowledge of Fort Lauderdale so we let him make the decision on location and make the arrangements at the Fort Lauderdale Hilton Marina, which was an great choice, much closer to the places we needed to be driving to and from as well as close to cocktails.  We got the boat moved over from the private dock it sat at since June and secured ourselves behind some of the many mega yachts that make our proud ship look a bit small.  The afternoon began the beginning of significant credit card exercise at West Marine.

Our 4th crew member, Cynthia, arrived in time for our shakedown cruise which also included Jack’s friend Alan.  More eyes the better to find any issues with the boat before we head out to sea.  We spent a good portion of the day enjoying the fresh breeze and putting Ryana through her paces.  No significant issues were found except a few lose shackles that were tightened up.  We returned to the Hilton Marina said farewell to Alan and wandered back to West Marine as well as the grocery for provisioning.  We packed the Escalade to the gills which showed it just wasn’t frivolous upgrade, we needed the space, I’m a bit upset I didn’t get a picture.

The evening was met with lively conversation as we met up with Cynthia’s cousins and Jack’s brother and sister-in-law for dinner at the Raw bar (one of Jack’s old haunts).  After a number of rounds and many individual sea creatures consumed it was back to the boat to get some good rest before our watch schedule would begin.