Boston was so awesome!  Here are some more pictures. 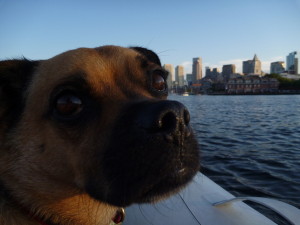 Boston was awesome! For a big city I really really liked it! Boston did a great job of not losing their history as the city grew.  We spent 4 nights here but I could have stayed longer! We were able to get a mooring ball right on the city front by the aquarium so we had great access to everything. It was pretty rolly with all the ferrys going by, but for a few nights it wasn’t bad. We spent two days walking the Freedom Trail and stopping at the historical places along the way. We had an amazing lunch in Little Italy and I got the best cannolis! At night we went out to the historic Irish Pubs and listened to live music. So much to love in this city!!

It was a beautiful day as we entered Boston; we navigated our way through all the little outer islands that are park lands. I didn’t know there were these cool little islands right outside Boston. It would have been fun to stop, but they don’t allow doggies. The entrance to the harbor goes right under one of the major flight paths for Logan Airport so we saw the planes coming in and landing as we approached the city front. 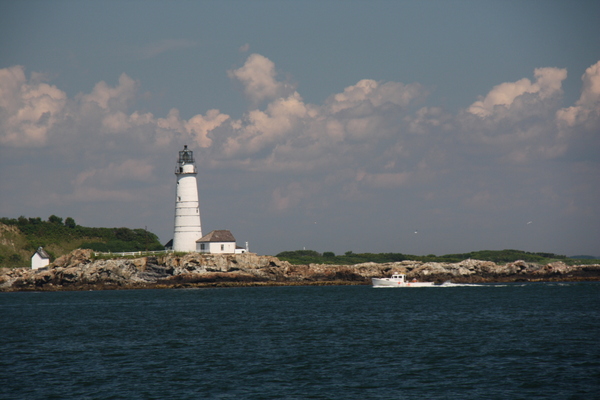 Lighthouse on the outer Boston islands. 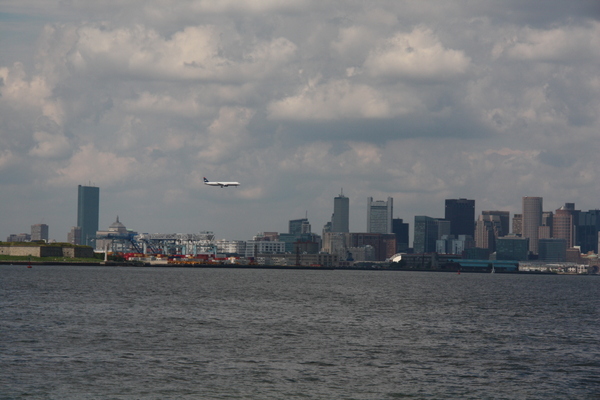 First view of the city!

The Freedom Trail was really cool. You get a map and then you follow the big painted line on the ground and weave your way through the city. We started in the middle at Quincy Market since that was the place closest to us and made our way through Little Italy. 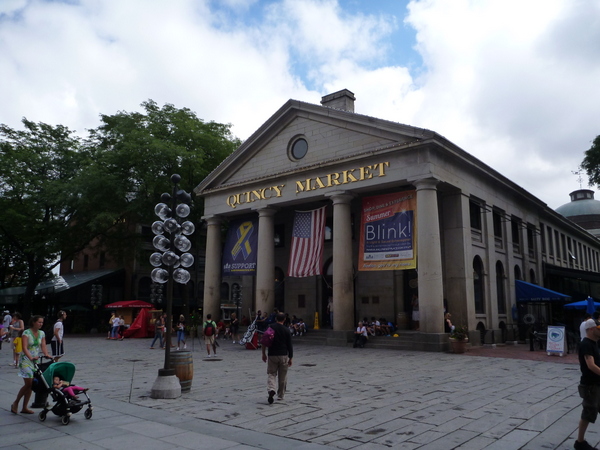 Next up we visited Paul Revere’s house. It’s this old house right in the middle of the block and it’s very well preserved. It was an old house when Paul and family moved in but quite nice for it’s time. We learned that besides his midnight ride Paul was more notorious for his propaganda. He owned the printing press and was able to entice a lot of outrage! 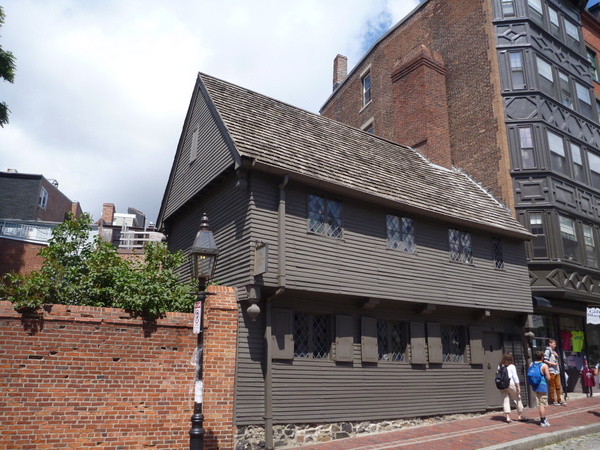 We went through the church where the lanterns were hung that sent Paul on his midnight ride. 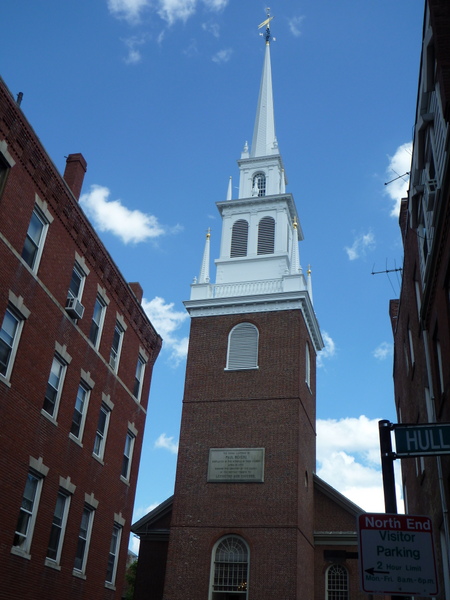 We went into a small shop where they still operated an old printing press and got a demonstration of how it works. We learned that some of Paul Revere’s imprints had survived and could be duplicated today. 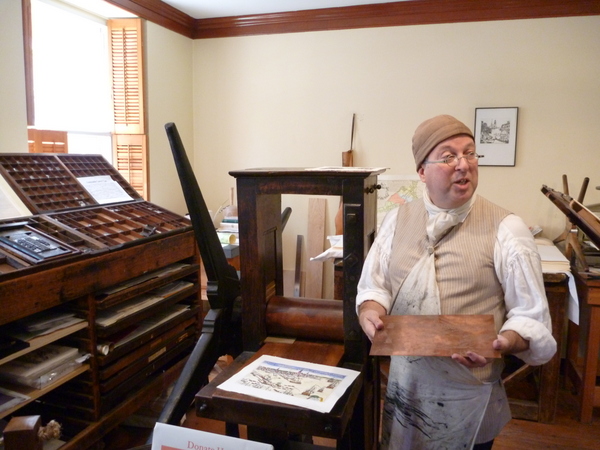 This guy told us all about it…

We walked over to the Bunker Hill monument which looks quite a lot like the Washington Monument in DC. We climbed the 294 stairs in the heat and enjoyed the view looking out over Boston. 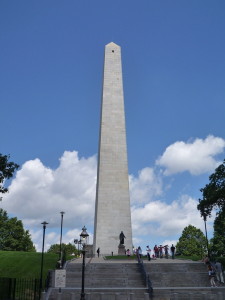 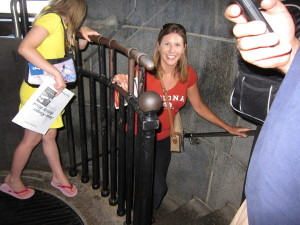 Made it up the stairs!

View from the top 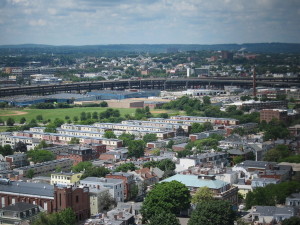 Next up on the Freedom Walk was USS Constitution “Old Ironsides”, a wooden hulled, three masted vessel first launched in 1797.  It wasn’t made of iron, but a special kind of wood that made it very strong and protected it from cannonballs so they nicknamed it Ironsides. It is still an operational warship and if called upon could go into service. Our tour was given by a real naval officer and included the captains quarters and below decks. 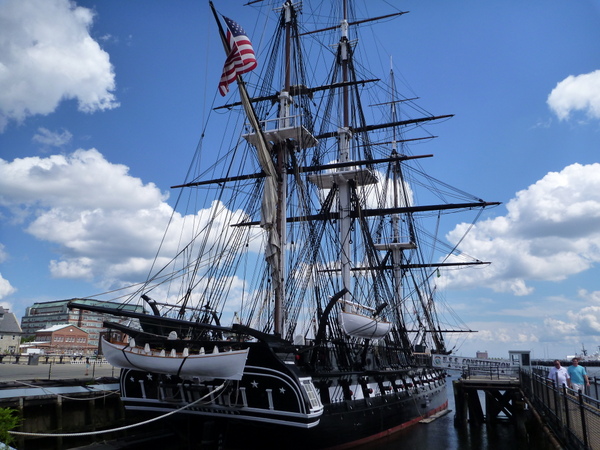 After all that sightseeing we were exhausted and needed to refill, so lunch in little Italy it was! We both got pastas that were SO good. Then we went to the cannoli shop. I had been seeing people walking around with these pastry boxes all day so needed to see what all the fuss was about.  The crowd outside was huge, but luckily it only took about 5 minutes. We heard that on the weekend the wait could be over an hour! Luckily these cannolis did not disappoint! I’m still thinking about them!!

The next day we got back on the freedom trail, this time headed the other way. We went by City Hall and learned about the Boston Massacre. Turns out this was another piece of propaganda by our friend Paul Revere because the “massacre” only claimed the lives of 3 people and was incited by the Bostonians! It’s so great to be relearning all this history. 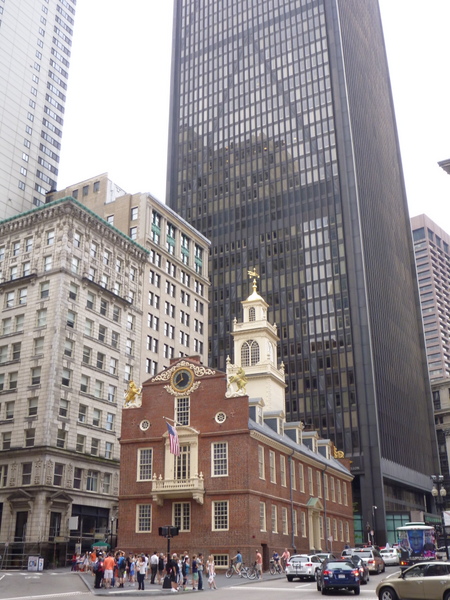 We went by some big graveyards that housed several famous people. 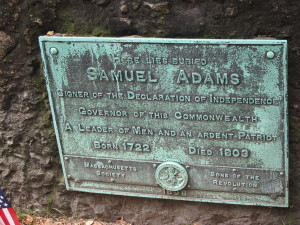 We ended our Freedom Trail walk at the Boston Commons, the big park in the heart of Boston. We then took a stroll through the gaslamp district which is a lot of pretty, old houses. 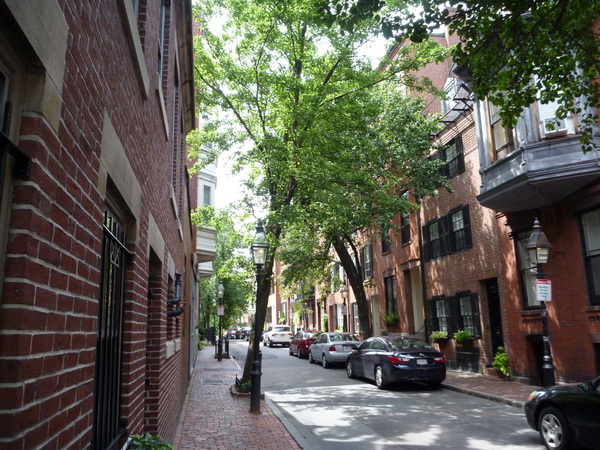 Needing some sustenance we made our way to the place where everybody knows your name. I was a little disappointed when no one actually yelled out our names as we entered. It’s okay though because Ryan got to hang out with some old friends. 🙂 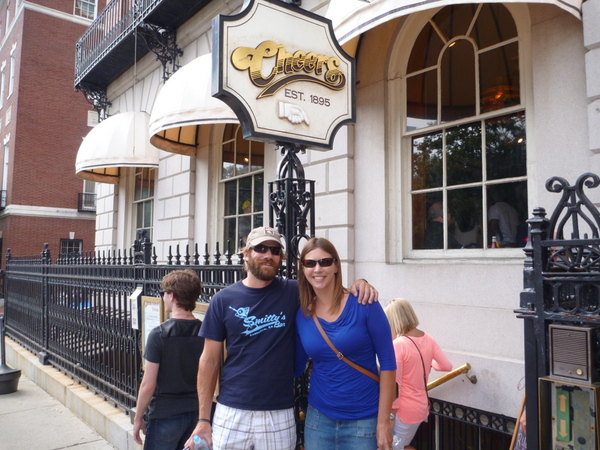 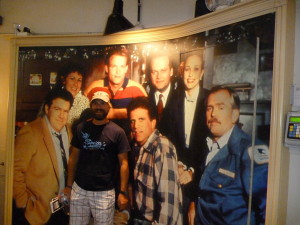 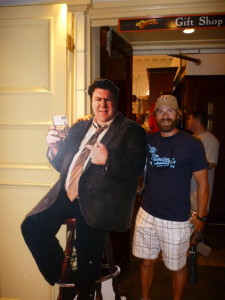 On our last day in Boston we picked up our new crew Brett who flew into Logan. Now the fun will really begin!