We had an exciting day sailing through New York Harbor and the East River. We had great views as we went right past the Statue of Liberty, Ellis Island and the Manhattan city front. It was was also exciting due to all the boat traffic we were dodging and the crazy currents. 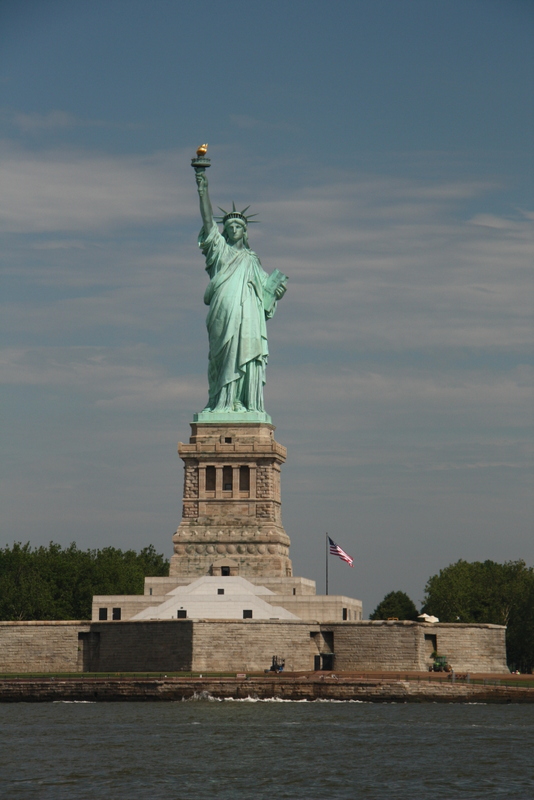 So awesome to see it up close! 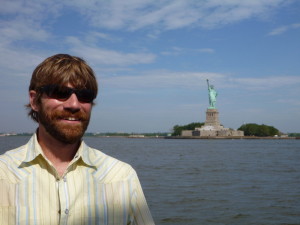 Proof we were both there! 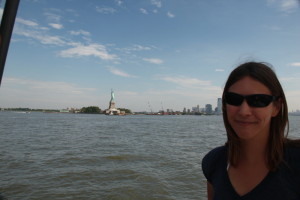 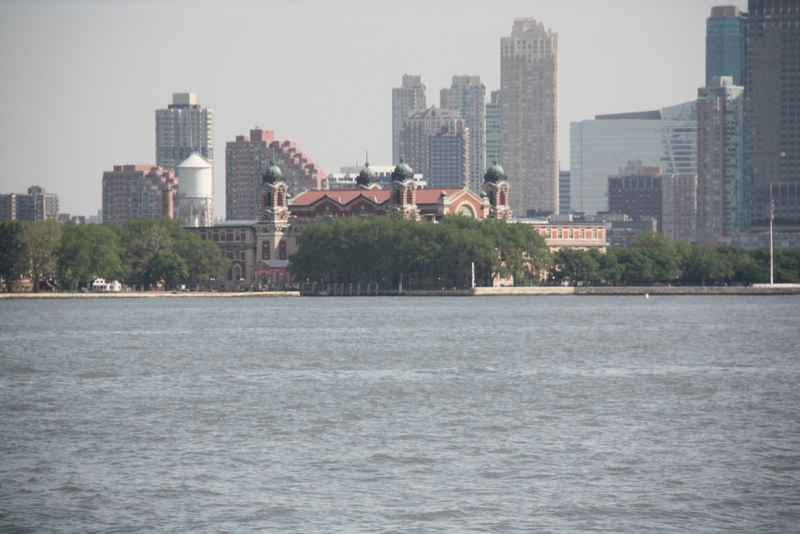 The ferrys were a bit frightening as they were determined to take right away, never mind the rules of the road! I guess the only rule that really matters is…if it’s bigger than you get out of its way! 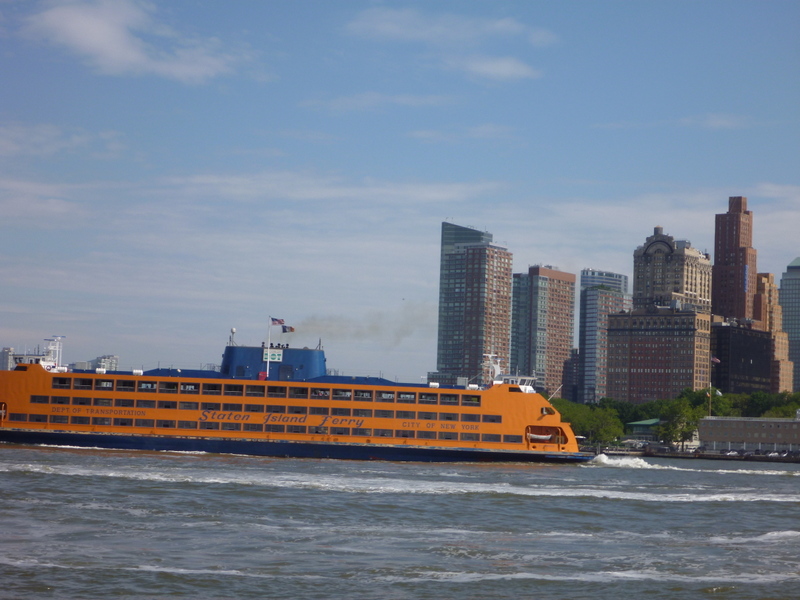 We had some amazing views of Manhattan from the water! 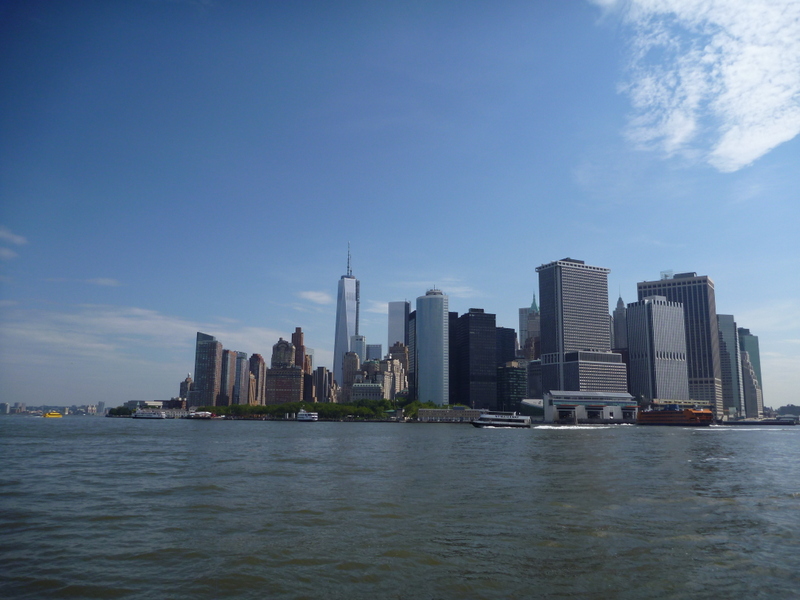 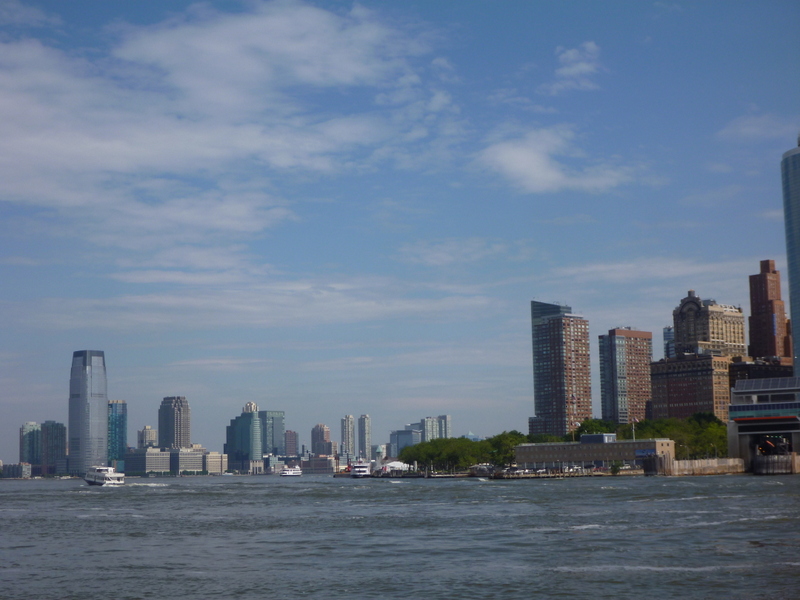 Again, the proof… we couldn’t believe it ourselves!

As we continued past Manhattan we went under a number of bridges.  I think this one is the Brooklyn Bridge.

We were reminded of home when we saw a sugar factory right on the water. Just like Crockett!! I’ve never heard of this kind of sugar though. 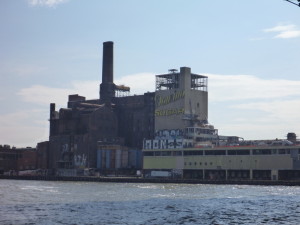 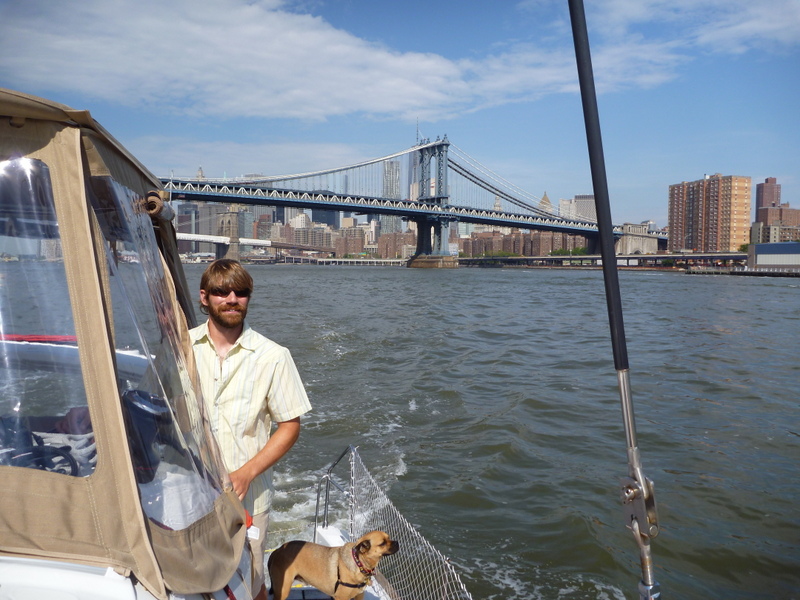 Things got a bit excited as we continued down the east river. Not only was there other boat traffic to dodge but as we neared Hell’s Gate the currents really picked up. At one point our boat was going 13.9 knots, a boost of about 5 knots. This is the fastest we’ve ever got the boat going! And then, as we approach one turn we see a 15 ft whirlpool in front of us. Really?? A whirlpool??? Yikes. We got into the edge of that and it swung the boat around pretty good but then we kept going. Wow. I wish I had gotten a better picture but was too terrified to get out the camera until after we were well past! 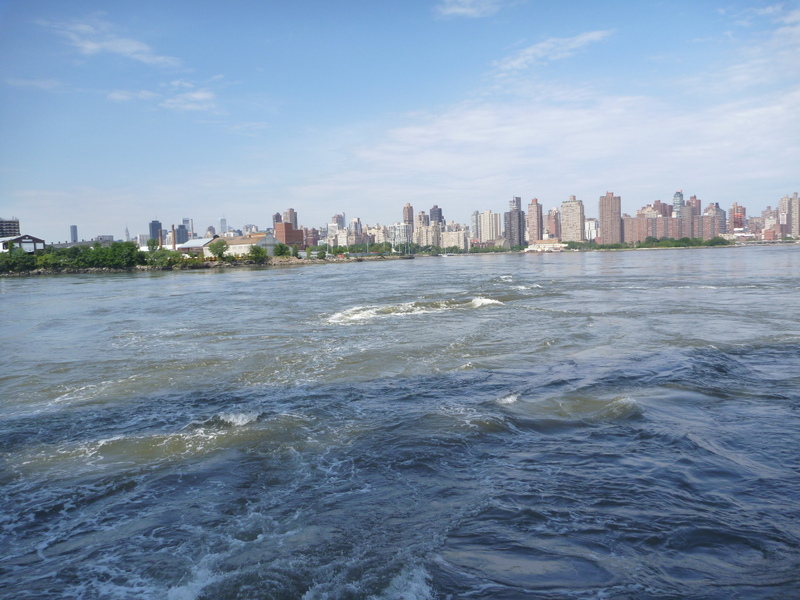