Atlantic City had been a place I was excited about before even leaving on our trip. The Boardwalk sounded really interesting with the beach right there and the casinos, so when we saw the coastline approaching I was getting real excited! 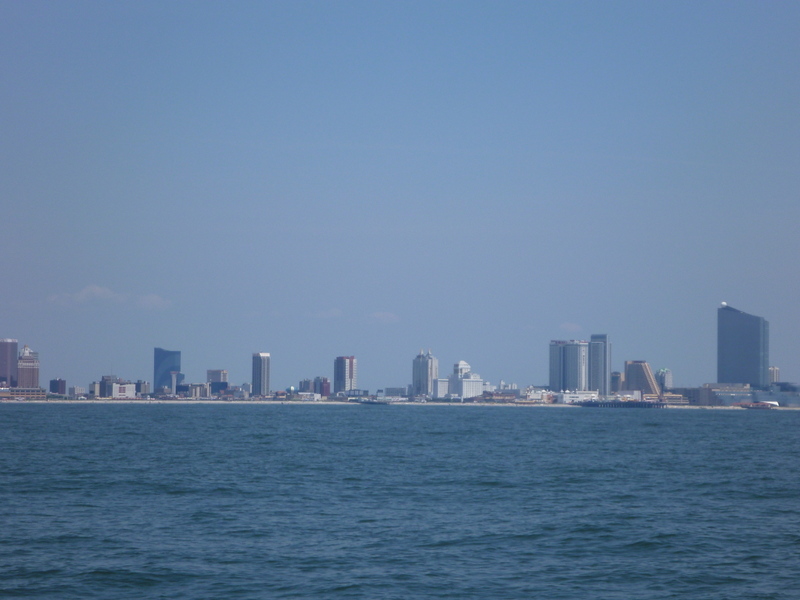 That night we got dressed up and headed out to the Boardwalk. It was Friday night so we thought it would be crazy! Our first hint that all might not be as we thought came in the cab when we asked our cab driver what he liked about Atlantic City and he replied “Absolutely nothing.”. Hmmm….. well that’s just one person’s opinion, we would see for ourselves. When we got to the Boardwalk it was like a ghost town. My Mom told me that it had just reopened after Hurricane Sandy this May so maybe it hadn’t quite got back into its stride. We found somewhere to eat, played casino games for half an hour and then were back to the boat by 10pm. Not exactly the night I had imagined! 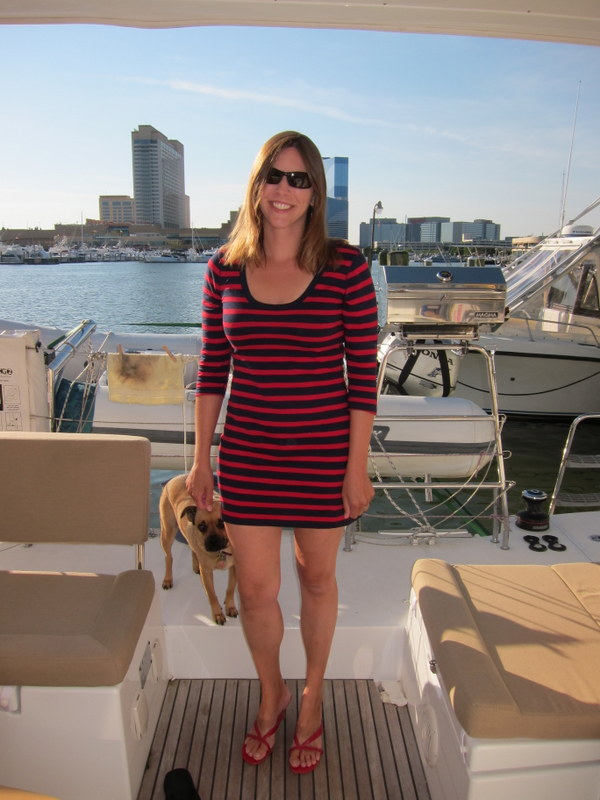 Dressed up for a night out!

Well, Ryan didn’t exactly have the weekend he imagined either! We noticed on the way to AC that our starboard engine wasn’t always engaging correctly.   Ryan did some research and found out that he’d have to do some maintenance on the transmission. He spent the next three days contorted down in the engine compartment pulling the upper unit out of the transmission to lap the clutch cones. . . ask him further if you want the fun details! 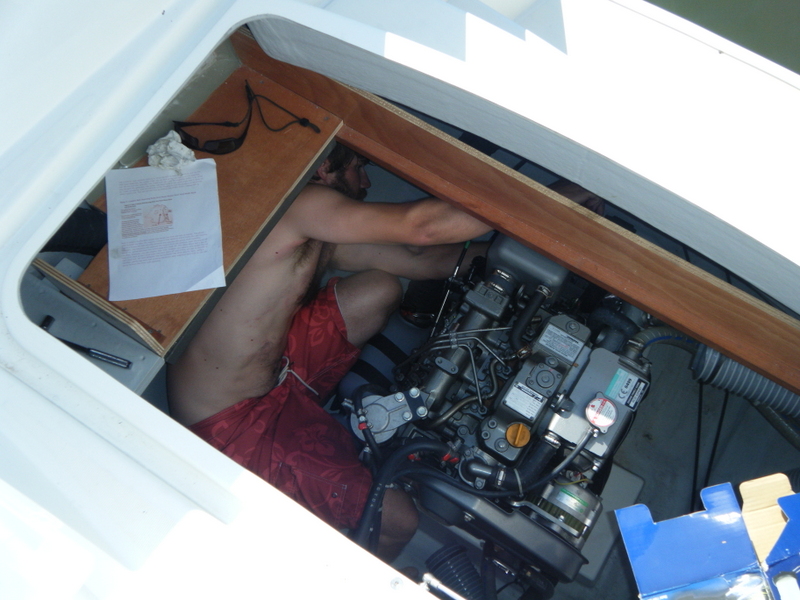 Ryan could be a contortionist! 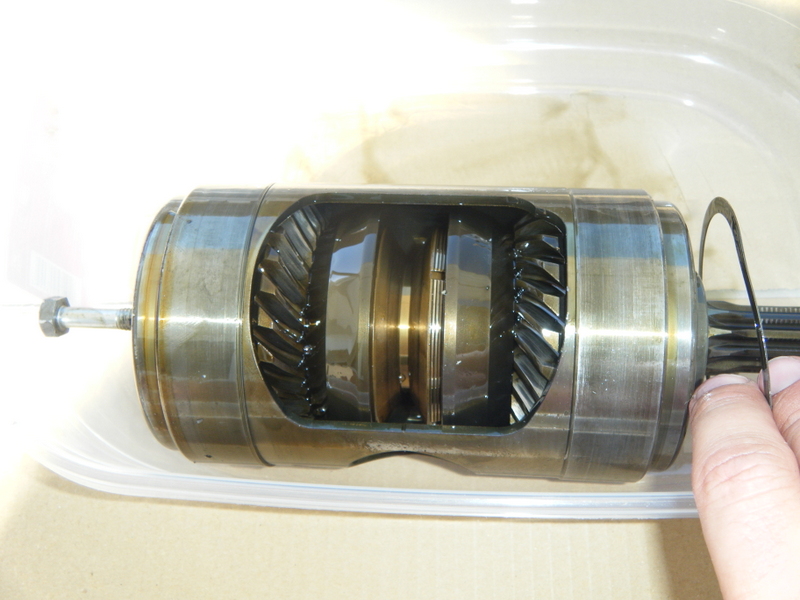 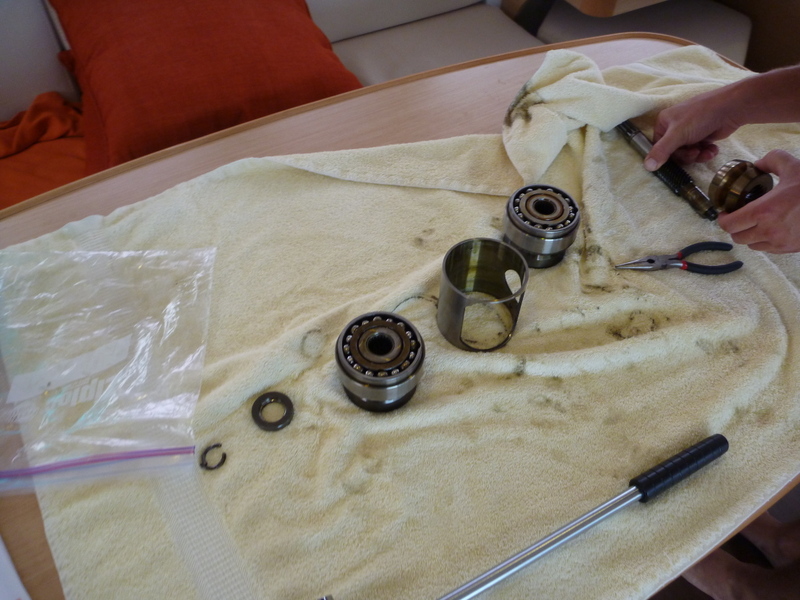 Broken apart… I hope he remembers how it goes back together!

After Ryan successfully completed the maintenance (it’s awesome that he’s so handy) we decided to try one more night out. We went to the Golden Nugget which was just across from where we were staying and separate from the Boardwalk. Here is where we found everybody! We had a fun night there playing pai gow poker and talking to the natives. James Gandolfini was the talk of the night with everyone reminiscing about him. He was very active in the communities in New Jersey. 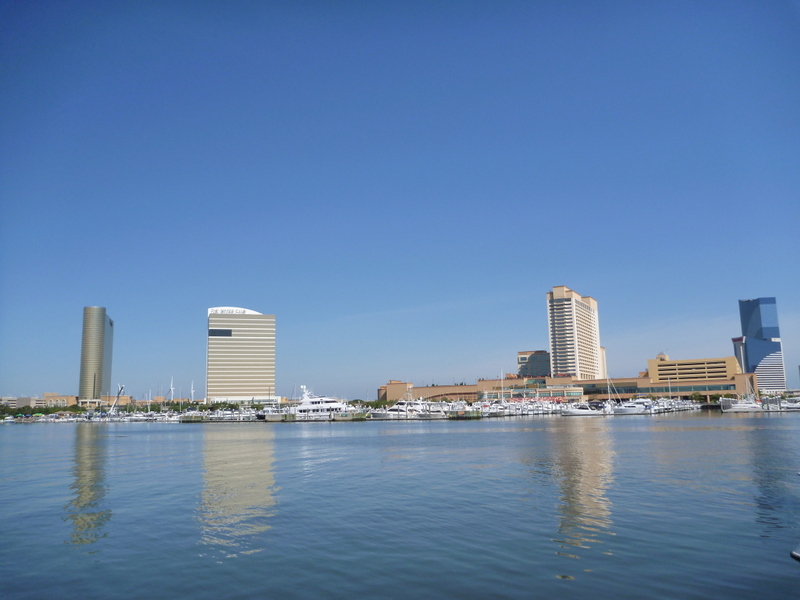 The Golden Nugget…where fun was had by all.