Ryan’s friend from high school and his wife Marie came out to visit us for a few days.  They’re both from Washington but Marie works every week in D.C. flying back and forth Sunday through Thursday.  So, occasionally Jason will come visit her in D.C.  for the weekend and this time they made it out to see us!

First the Ice Cream….  They arrived on Friday to Annapolis so we had to initiate them to the Annapolis happy hours!  We went to a few different places before Ryan decided he needed ice cream.  The cones were so delicious Ryan wanted to save some in his beard for later! 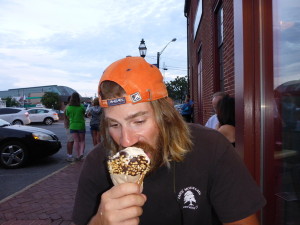 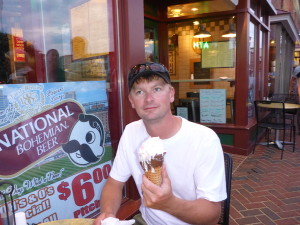 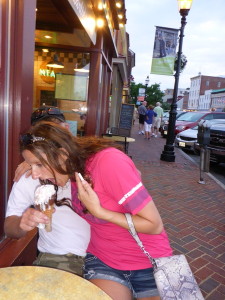 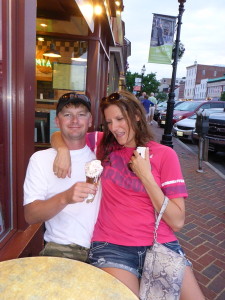 Next the Spinnaker.  It was a light wind day on the Bay and we were headed down to Harness Creek.  We were in no rush, but seeing as it was such a nice day decided to take out the spinnaker.  Jason and Marie were happy to help with the sailing and it all went smoothly! 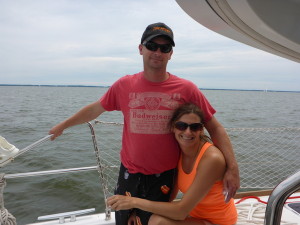 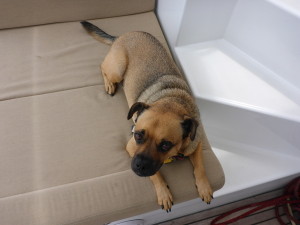 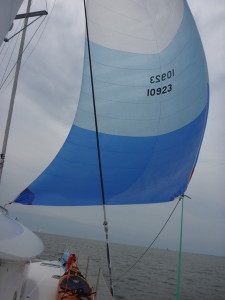 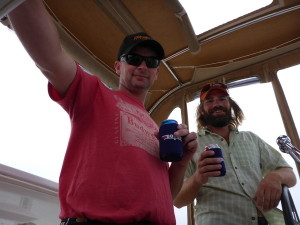 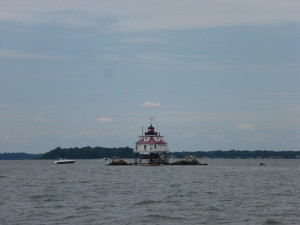 Lastly, the dick waves.  Ryan describes a dick wave as ..

“Dick Wave:  a wave created from the wake of a large power boat (generally a Sea Ray or Carver) over taking within 100 ft of another vessel in open water.”

With a lot of people on the Bay we were rocking and rolling from all the wakes they threw up.  Some people got unnecessarily close to us.  This is a world wide phenomenon and I’m glad Ryan has finally named it.

Also, while there in Harness Creek we met Mr. Waterfront.  We knew it was him by the 3ft tall letters painted on his boat!  We had anchored out in front of his house and boat and when he dinghy’d over to us we weren’t sure what to expect.  He just wanted to welcome us to the neighborhood and invite us to use his yard to walk Stanley or his house for showers or laundry!  What a nice guy!  We did take him up on walking the dog and got to explore the beautiful neighborhood there at Harness Creek.

Here are some bonus pictures from our night in Harness Creek. 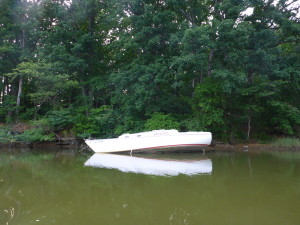 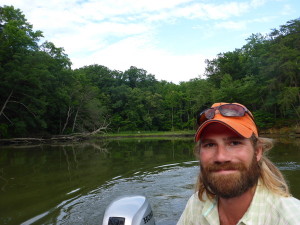 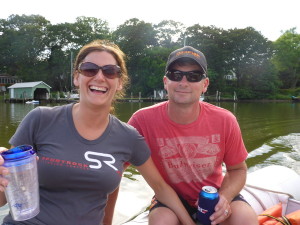 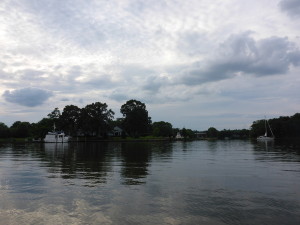